No, Nevada IS Pronounced “Ne-VAH-da!”

Have you noticed what Nevadans do when you pronounce their state CORRECTLY?: “Ne-VAH-da”. They drop whatever they are doing instantly…They could be a brain surgeon (do you suppose there are any brain surgeons who are from Nevada? Well I have high hopes anyway) They could be in the middle of a critical surgical procedure, but they’d stop and start laughing at you like you are an idiot: What did you say, Ne-VAH-da? HA HA HA HA!…Then they condescendingly proceed to lecture you: It’s pronounced “Ne –VAAD – a!” (Like the ‘aaaa’ sound the duck makes in the stupid AAAAFLAC commercial)

Oh Really? So then, I guess that old beat up piece of crap you illegally parked in the Walmart handicapped spot cause you are too lazy to walk from a regular spot, that would be a 1980 Ford Gre – NAAD –a?…Not a Gren –AH- da?

Then last Friday, one of the “hick” hosts of a Northern California talk radio show “Armstrong and Getty” began to take it to a new level, seriously calling people stupid and ignorant for pronouncing the state of Nevada CORRECTLY…The correct phonetic pronunciation being with the “AH” sound (like when the doctor asks you to open your mouth and say “ahhhh”)…”Ne-VAH-da”…

For many years now, simple minded, mostly Trump-voting types in and around that state have routinely GONE OFF on anyone who doesn’t join their ignorant use of the nasally “AA” sound.(again, as I said, like the stupid “AAAAFlac” spokes-duck in the ignorant Aflac insurance commercial)

For years, these sad products of the redneck Ne-VAH-da public school system have militantly insisted on their bastardization of the word, pronouncing it “Ne-VAA-da”. Well it’s high time you Mexican-hating morons got called out, and I’m the one to do it! So READ ON!!(assuming you can READ)…

FIRST OFF, Nevada is a SPANISH word, meaning ‘snow capped’. But irritated, Mexican immigrant-disliking folks have for many years chafed at the proper phonetic pronunciation. I believe this is mainly because it’s a Spanish name and they wanted to sort of ‘bastardize’ it or ‘Americanize’ it. So much so, they even resorted to an expensive NATIONAL COMMERCIAL campaign in the interest of state tourism!

I don’t know if you remember those commercials, but it was a tourism oriented commercial campaign that ALWAYS put the name of the state up on the screen prominently at the beginning and the end of the commercials, with the little curl or ‘u shape’ phonetic symbol over the ‘va’ part, in order to tell viewers they want it pronounced with that ‘aa’ phonetic instead of the ‘ah’ sound. (pic attached for an example, complete with the redneck rodeo star if it wasn’t already obvious enough)

What they may as well be saying in the commercial is, we wish we could change the Spanish name of our state, cause it REMINDS US OF THE MEXICANS, so the best we can do is pronounce it WRONG and we expect you to join us in sounding like morons!

Let me speak directly to “Jack Armstrong”, the radio host in question as mentioned above…

Jack, I bet you don’t use the pronunciation “Ra-MAA-Da” when you are expressing your anger that Mexicans are taking your kids’ future jobs as house keepers and janitors at the RAMADA Hotel…No, of course we all pronounce it “Ra-MAH-da”…

I hope you aren’t dumb enough to use the pronunciation “Colo-RAA-do” when referring to when our San Francisco Giants are playing the Colo-RAH-do Rockies…Because of course, everyone knows we say “Colo-RAH-do”

And I would bet you don’t say “Tos-TAA-da” when ordering from off a Mexican menu, while everyone else in the world pronounces it “Tos-TAH-da.” Why? Because they are all SPANISH words, and that is the correct phonetic pronunciation. We don’t change it because hicks in Nevada don’t like it.

It’s a Spanish word and it’s pronounced “Ne –vahhh – duh!”
I don’t know whether to emphasize the ‘vahh’ or the ‘duhhhhh’!

(Continuing with angry, Trump-voting Nevadan accent)…Hey Billy Bob, when we go to the Monster truck show in Co – lo- RAAD – o, let’s us stay at that, whatcha callit… that new Re – MAA –da Inn!

Sounds good Jimmy Joe! And how ’bout let’s get us some of them pinye –co-LAA- das, and maybe some a’them tasty en-she – LAA –das? 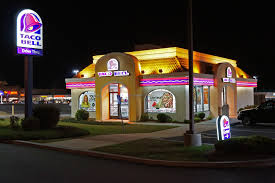 Yeah, but I’m gettin’ hungry right now just thinking about it…Let’s go to TAACKO Bell(of course we know it’s also pronounced “TAH-CO”) and let’s get us some of them new Tos-TAAD-as!

Hey Billy Bob, GUESS WHO I heard is gonna be at the Monster Truck show?

It’s as stupid and ignorant as if the California Tourism commission had launched a similar commercial campaign with phonetic symbols directing everyone to begin pronouncing our state’s name: “COW –LEE –FOURR-NEE-AHHH” like Arnold Schwarzenegger!

(Connie Bryan is a comedian and writer in Sacramento, Ca…Check out all of her material on her website and blog at www.conniebryan.com)