HEALING COMES WITH THIS “VIEW” 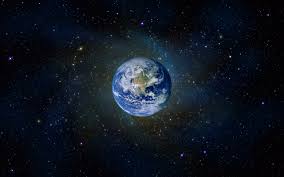 For ages we have been conditioned by institutions of religion, power and politics to have the absolute WRONG view of the world, different cultures and the diversity of mankind…There is a correct view, and it is this healing view of humanity we need to be reminded of now more than ever. It is the view of the picture I have attached…The view of our shared home in space. This is how we need to see ourselves…not divided by nations and religions, but UNITED together as CITIZENS of EARTH, all with the same common needs.

This view shows us everything that unites us, and that we need each other…It helps us to see that ‘purpose’ in life we are always looking for from the core of our soul…That purpose is to BE the love and healing of “God” that others need…

This view helps to show us that our purpose here is to realize we are all brothers and sisters, and this is our shared home…that means the purpose for which we are here is to seek to help one another, just as we can sometimes NEED help from others, not seek to cherish elitist religions or nationalism that divides and excludes ‘on conditions’.

With that in mind, Let’s talk about what has REAL MEANING…Let’s talk about the ONLY PATH for healing… And if you think that includes your religious beliefs that preach that somehow you are preferred or ‘saved’ in “God’s” eyes while others are not…You have another thing coming.

As such, let me be crystal clear…Those core humanitarian values OUTWEIGH the possibility of a Muslim extremist getting into our country and committing an act of terror. They OUTWEIGH that like the weight of a pound of gold compared to an apple seed.

Admittedly, a religious extremist getting into a country like ours built on a philosophy of freedom and embracing immigrants and diversity is always a possibility. Fortunately, it is becoming more of a very remote possibility, with the amazingly effective and extremely long vetting process we conduct on every refugee. But facing that remote possibility, we don’t act like RACISTS toward helpless and desperate refugees, because of a remote possibility of such an outlying factor.

Our values are stronger than that hateful extremism, AS LONG AS WE DON’T COMPROMISE THEM and EMULATE that hate and religious division! And this Trump administration ‘favoritism’ toward CHRISTIAN refugees while simultaneously seeking to ban MUSLIM refugees IS a form of emulating the very religious hate and extremism we claim to be against.

The solution to this worldwide problem is not this kind of “religious” division. As a matter of fact, as I often write about, it is time we begin to wake up to the only thing that is the path to healing all of this…We have to wake up to the hate and damage that is CAUSED BY ORGANIZED RELIGION…and caused by it on ALL sides: Christianity, Judaism and Islam alike.Do you read that as a Christian or a Jew and scoff at that truth? Then you are a very ignorant individual who is nothing but an active contributor to what is standing in the way of world peace.

You have NO “preference before God”, yet Christians and Jews actively teach their children scriptures from their Bibles that claim that THEY are “God’s CHOSEN PEOPLE”…and even refer to themselves as “God’s CHOSEN RACE” from many scriptures. That is no different than the very same problem we see present from Islam…We see Islam teaching that same man-made religious bigotry to their children.

The problem is only exacerbated by ignorant hate-based, fear-mongering Presidential executive orders by Trump, strongly influenced by people like Steve Bannon. A recent front page story in the USA Today exposed Steve Bannon, with many of his personal quotes that reveal his preference for Christianity and Catholicism, and showcasing his specific targeting of Muslims.

They reveal his blatant philosophy of an American campaign to target Muslims in various ways, including banning refugees in desperate need of protection. This is antithetical to what America stands for.

Worse than that, as I explained above, it is the exact OPPOSITE of what is needed to solve the religious division that threatens to bring humanity to the brink of World War 3 and a nuclear crisis. And the last person we need in the White House, as we face such a threat, is someone so hate-filled and ill-tempered for that responsibility as Donald Trump.

We have to begin educating one another that organized religion on all sides, meaning Christianity, Judaism and Islam, are all responsible for the SAME MAN-MADE HATE AND DIVISION…They DO NOT TEACH UNCONDITIONAL LOVE…

Each of them at their core teaches DIVISION. This is where healing begins, and this is the ONLY path whereby we can finally solve this global problem and finally unite as an EARTH COMMUNITY, not at odds with one another based on our national borders and respective religions.

One last important thing this path of healing requires…It requires us teaching one another one of the biggest lies of organized religion, again on ALL sides…That being the lie that “God” is separate from what we are…outside of us, ready to condemn us if we don’t “believe one way”, etc. We have to begin waking up to the truth that ALL OF US ARE A PART OF WHAT GOD IS! That, my friends, is the critical difference between “religion” and true spirituality.

Organized religion on all sides, mainly Christianity, Judaism and Islam, did not want to teach such spiritual truth that all diversity of mankind is a PART of what God is. They had a completely opposite motive. If they had taught that spiritual truth, they couldn’t seize the fear based political and social control, along with the desired elitism that they wanted, all of which were critically necessary in their agenda to galvanize and nationalize their respective cultures.

ENOUGH IS ENOUGH, and it is time these man-made lies, masquerading as truth, be exposed for the cause of war and division that they have been for all of mankind’s history. We’ve reached a point where enough of us are finally realizing these truths in our heart of hearts, and like I keep saying, we cannot be neutral or silent about this. There is too much at risk in such silence.

We need an international leader, maybe someone at the level of the United Nations, to step up in the worldwide spotlight and begin making this WORLD UNITING truth heard in a big way. We are overdue to unite as nations, to unite as SPIRITUAL BROTHERS AND SISTERS across national borders, but especially ACROSS RELIGIOUS borders.

And the spiritual truth that has been kept from humanity by organized religion, that we are ALL A PART OF GOD, not separate from God, will be the path to such peace and unity we were meant to have.Right now the LAST thing we need is someone like Steve Bannon or Donald Trump, continuing to reinforce such national religious division and hate. That is like swatting a hornet’s nest.

(Connie Bryan is a writer in Sacramento, CA…Check out all of her material on her website and blog at www.conniebryan.com)