IS IT “CPAC” or “PPAC”(PUTIN POLITICAL ACTION CONFERENCE)?

OK I give up…So is it “CPAC” or “PPAC”? We’re going with PPAC now right? (PUTIN POLITICAL ACTION CONFERENCE)??

Reince Priebus (Trump’s White House Chief of Staff) and Steve Bannon (Trump’s poorly trained Rottweiler) gave their staged “Dumb and Dumber” buddy movie show at CPAC today (or better put, “LIAR and LIARER”…I realize “LIARER” isn’t a word, but it’s funny), and it was covered on all the cable news channels. This pseudo-‘mutual admiration society’ event was a deliberate photo op for these two, in an effort to convince and reassure their supporters that they are on the same page, and not at odds with one another.

The fundamental “lie” that was the theme through their entire appearance together today, was their rallying the audience with the assertion that CPAC and Republican Conservatives were always the die-hard supporters of this “amazing Trump movement”.

In reality, CPAC in particular was one of the loudest Trump denouncers for the longest time, that is until he managed to con his way to winning the nomination. It was only after that when CPAC reluctantly became Trump’s obedient lapdog. Today it was Bannon and Priebus with nothing but “revisionist history”.

In preparation for this photo-op at CPAC, Kelly Anne Conway took it upon herself to be quoted calling it “TPAC” for TRUMP Political Action Conference. But anyone who is paying attention, and not letting their eyes be taken off of the ball…Let me say that one more time for maximum effect…

ANYONE WHO IS PAYING ATTENTION…Anyone who is INTELLECTUALLY HONEST and not letting their eyes be taken off of the ball, knows the correct acronym for this monumentally hypocritical organization would now be “PPAC”, for “PUTIN Political Action Conference! Putin is laughing all the way to his KGB poison medicine cabinet as he has successfully pulled Trump’s strings for the last 12 months or more, amazingly with no objection or outcry from the Trump “sheep movement”.

My heart goes out to Senators John McCain and Lyndsay Graham, (and possibly now we can add Senator Marco Rubio to their effort) who are trying to act as ‘Paul Reveres’ among the masses of seemingly hypnotized Republican Trump “zombies” for lack of a better descriptive… 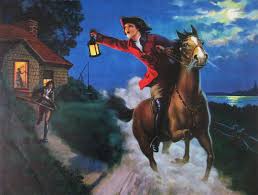 But as they are mounting their respective horses, riding through the streets yelling “The RUSSIANS ARE NOT JUST COMING, THEY ARE IN THE WHITE HOUSE!”, these hypnotized Trump sheep just DON’T CARE…They don’t give a damn as long as they hear what Trump knows they want to hear from him.

This is one of the key points I need to make here…Trump, Bannon and his talented ‘con-artist’ staff of Russian “key assets” UNDERSTOOD THAT CRITICAL COMPONENT FROM THE JUMP…They knew from the beginning the huge price they’d have to pay, and that was fine with them…They knew that the way to succeed with receiving Russian intelligence assistance would require TWO QUID PRO QUO’s – Or put another way, TWO BLANK CHECKS…

One of those bottomless blank checks of course belonging to Vladimir Putin. And the other? It is at least promised, if not always delivered, to Trump supporters by placating them with the things they want to hear.

And that was absolutely fine with Trump, because his tight group of American corporate allies (such as Exxon and Rex Tillerson for but one example) and their indescribably profitable, cozy business partnerships with Russia and Putin would then either go unnoticed by those blindly loyal, placated supporters, just happy with the couple of bones he tossed them…OR, by the time they realize the massive CON pulled on them, it would be TOO LATE.

The good news is, there are enough honorable Americans of all major parties that clearly see Trump for the Russian SHILL that he is:

With his Russian mail order bride, his lengthy well reported and documented connections with organized crime members and businesses owned by the mob in the building of his casino empire in New York and New Jersey(GOOGLE IT PLEASE!!), his shamelessly and blatantly calling out to the Russians during one of his actual Presidential debates, personally IMPLORING them to hack and interfere in the election and access Hillary’s emails (Does it get any more obvious than that? Um, actually yes it does)…

The now numerous number of intelligence reports that are coming to the surface from top intelligence officials documenting Trump and his key campaign advisers ROUTINELY being in contact with RUSSIAN INTELLIGENCE operatives as early as June 2016, BEFORE THE ELECTION! (Does it get any more obvious than that? WHAT DO YOU THINK??…

His National Security Adviser General Mike Flynn, caught on tape speaking to the Russian ambassador about sanctions ON THE VERY SAME DAY that President Obama levied additional harsh sanctions against Russia as a punishment for having interfered in our Presidential election, and having done so in their effort to FAVOR TRUMP…Then, when asked about this, General Flynn lies about having done so for weeks until Trump makes him a ‘sacrificial lamb’ and has to fire him…And the evidence is only just developing.

So the good news is there is a national majority of honorable Americans who are not blind sheep, who see Trump clearly for the compromised Russian ‘asset’ and con-artist that he is, and we are NOT GOING TO TAKE OUR EYES OFF OF THAT BALL until he is held accountable for this nationally compromising and treasonous behavior.

The rest of you should be ashamed of yourselves for turning a blind eye to this while you presume to call yourselves “patriots”. You make me want to vomit when I see and hear your dishonorable hypocrisy. WHAT IS WRONG WITH YOU THAT YOU ARE SO EASILY BOUGHT OFF?

Bannon praised you for being ‘on their team’ today…REALLY? With all the dishonesty and evidence of Russian colluding we are now finding out, IS THAT THE TEAM YOU REALLY WANT TO BE ON?

I will admit there are a couple of things Trump advocates that I agree with, which is why I supported Bernie Sanders…things I’ve been crusading for and writing about in my columns and on my blog for YEARS, that being the unAmerican “CORPORATISM” and “BIG-BOX CHAIN” insanity that has replaced true American capitalism, and has almost completely destroyed the “American Dream” for anyone who isn’t in the upper 1%!

For a long time I’ve been stunned and dumbfounded as I have watched Democrats allow this rampant “corporatism” to go unchecked, at the expense of working class Americans. Hell, Bill Clinton was one of the BIGGEST CHAMPIONS and ARCHITECTS for creating and implementing it in the first place! And I’ve been shaking my head non-stop ever since (Seriously, anyone know a good chiropractor??)

The truth is, corporatism and the global free trade model started strongly under Reagan and his horse sh#t “trickle down economics.” But shockingly, then President Clinton and other corporate shill Democrats in Congress teamed up with many similarly bought off Republicans with bi-partisan support for NAFTA and CAFTA.

Why did Democrats allow a situation like that to go unchecked for so long?

That ever-perplexing, unanswered question is LARGELY at the root of why Trump was able to con his way into the White House folks. He simply stole the message the Democrats had every reason to have been shouting from the rooftops, but had not been doing so.

And if we are being intellectually honest, we have to then admit that a large part of the blame goes to Hillary for that. The ONLY reason she ever finally began to try to distance herself from her husband’s support of NAFTA and the global corporatism model of “FREE TRADE” that has resulted in the loss of millions of American manufacturing jobs, and has caused the overwhelming majority of remaining American mom and pop businesses to operate on virtual life support, is thankfully because BERNIE SANDERS FORCED HER HAND!

There is no excuse for that. And Democrats now have only one choice: TAKE THAT MESSAGE BACK, the way Bernie was trying to do, before even he ironically became a victim of the DNC undermining his campaign.

(Connie Bryan is a writer in Sacramento, CA…Check out all of her material on her website and blog at www.conniebryan.com)