A WHITE MALE TRUMP SUPPORTER WALKS INTO A STARBUCKS…

I’m sitting in the Helena Montana Starbucks, actually the FIRST STARBUCKS to open in Montana’s history…They have a proud sign out front that announces that:)…

Anyway, an older white male enters the store, pretty much the typical stereotype of an older Montana Trump supporter…he pulled up in his classic 56 Chevy gross polluter…

The first thing out of his mouth when he walks in is to holler to the barista behind the bar, “HEY!! Can I ‘CRIB’ one of your newspapers?”

Of course the young barista didn’t know what he meant by ‘crib’ because that is an old term used to describe ‘steal’. Had the man just said what he was really asking to do, the barista would have understood and probably said you have to pay for it.

Then, just as I knew would happen, moments later (shorter than I actually thought he’d be in there) he comes out of the Starbucks bathroom and EXITS THE STORE WITHOUT BUYING SO MUCH AS A SMALL COFFEE.

Rewind a bit to a similar encounter I had at the Sacramento U.S. Post Office of all places!
The typical stereotypical white male Trump supporter decides to ask a Mexican woman who barely spoke English, and was likely a recent immigrant, what she was trying to do as she struggled to understand directions from the postal worker behind the counter.

As it became clear that the hispanic woman was trying to mail back an item in a small box, to the retail chain store ‘Bed, Bath and Beyond’, but didn’t have the return address yet, this older white male proceeded to educate the woman in how to easily and fraudulently cheat the system.

Right in front of everyone in line at the post office, he proceeds to instruct the woman, ‘Listen, just take it to WALMART and tell them you bought it THERE, and they’ll give you a refund, you don’t need a receipt’.

Did anyone in line speak up to address this man’s behavior? Yes, but only one person – ME…
As everyone else in line remained mute, not even to back me up, I asked the man, ‘Did you just tell that woman to commit fraud?’

He answered loudly and proudly, “YES I DID!”

After which I quickly reminded him, “Then you don’t EVER AGAIN get to criticize undocumented immigrants coming to this country trying to earn an honest living, when you live your life so fraudulently, and actively ENCOURAGE THEM to be fraudulent yourself”

To which he became very abusive toward me of course. When he did so, the weird thing was, instead of the postal worker behind the counter having my back and dealing head on with this man, after they witnessed this entire incident, she threatened to make us BOTH leave at that moment. She was going to make me leave because I spoke up to call out this man’s corrupt fraudulent encouragement, despite how abusive he had become.

In any event, we see this kind of behavior more and more from the hypocrite Trump supporter types…They know VERY WELL how corrupt Trump has been his entire life and not only do they hypocritically look the other way, that corruption only emboldens them to be that much more corrupt in their own lives, and in their own business enterprises.

They don’t give a rat’s ass that capitalism has become corrupt beyond description, and that corporations rule our government instead of ‘We the People’… They only care selectively when it suits their interest, not when it suits the interest of struggling minorities and immigrants dealing with a system that is not ethical or just, and is far from a level playing field.

They engage in their personal lives more and more in the same corrupt hypocritical dishonest ways as the person they elected to our highest office, albeit Trump has done so on steroids. Trump is a hero to these Trump supporters largely because of how effectively he has lied and cheated and broken the law to his advantage as a white male business owner.

We just had the first of the three expected debacles…oops, I mean debates last night, during which Trump acted like a bullying immature idiot, constantly talking over not only Vice President Biden, but also constantly talking over Chris Wallace the moderator who was having to repeatedly raise his voice at Trump to get him to shut the F$%! up!

It was great when at one point, Biden not only told Trump to ‘shut up!’, but correctly described Trump to his face as a ‘CLOWN’, and the WORST President this country has ever seen.

But the hypocritical Trump supporters overlook all of Trump’s dishonest lies of which there were a countless number last night, and overlook all of his constant talking over everyone like an ignorant flunky who knows he doesn’t have the intelligence to handle a respectable back and forth real debate.
These Trump types are largely challenged in that regard themselves, and just love seeing an angry spectacle from Trump.

As I have told my readers before, I listen to both sides of the media, so I can be informed what the Right and the Left are saying, and there is so much B.S. coming from BOTH sides, that what all of this is showing us is that we need a THIRD PARTY for the majority of us in the moderate middle, to take our country back from the corrupt corporations that control both Trump and Biden like puppets at ‘We the People’s’ expense.

One such Right-leaning talk radio show I frequently tune into had one of the 2 hosts dishonestly stating that Chris Wallace was ‘unfair’ to Trump because Wallace is ‘not a conservative even though he is on Fox News’ (Hmmm…But shouldn’t that be a good thing if that was true?? Shouldn’t Fox News have more than just ‘conservatives’ as reporters and anchors??)

Anyway, this host proceeded to dishonestly exclaim that Wallace the moderator at one point actually laughed at something Biden said at Trump’s expense, and that he NEVER did so for Trump…
This of course was an out and out lie by this host…

The truth is, as many of you will recall, that the very notable point that stood out to many of us who were paying attention in the debate – The point this radio host was directly referring to, when Wallace broke out chuckling, was in fact in response to a joke that TRUMP said at BIDEN’S expense!

It occurred when they were discussing Covid-19 and Trump’s large crowd turnouts at his recent rallies, and Wallace referred to Biden’s much smaller numbers of people at his rallies…

Trump quipped words to the effect, ‘Yeah that’s because he can’t get anyone to turn out to them’.
And THAT was when Wallace couldn’t help himself and laughed out loud – Not on behalf of Biden at all, but at Biden’s expense.

But as I said above, Trump supporters are just more and more emboldened to hypocritically lie just like the person they elected, who lies like the rest of us BREATHE…

Don’t get me wrong, I’m not saying Trump doesn’t breathe. But I am saying he breathes ONLY in order to get to the next LIE that is going to come out of his career con-artist mouth!

We have two VERY, VERY BAD choices for President this November. It is coming down to holding your nose to vote for EITHER of them.

Biden told a number of big lies himself last night that were inexcusable. His son DID receive millions of dollars in what clearly appears to have been some sort of a quid pro quo relationship with oligarchs in Russia and Ukraine. (But it should be noted here that the same kind of thing has been ongoing with Trump and his sons in a HUGE WAY with Russian oligarchs for many decades!

Trump supporters just entirely overlook this, like the story of “The Emperor’s New Clothes”)
Biden IS on tape in a speech in front of members of the military, angrily calling them ‘stupid bastards’ and more, when they didn’t clap when he expected them to. Trump called him out on that, and he said he had never said such a thing, when everyone can pull up the video and see it (Google it).

Biden lied about his support for ‘The Green New Deal’ which is an insanely expensive proposition to the tune of many tens of TRILLIONS of dollars, and among other ridiculous elements, seeks to get rid of many COWS because of their collective flatulence that they maintain is a big contributor to ‘carbon emissions’ and ‘greenhouse gasses’…I kid you not!

When Trump pointed out the corruption involving Biden’s son Hunter, and that Hunter had been thrown out of the military because of doing drugs, Biden lied and claimed that was not true.

When Trump asked Biden to simply condemn the violence of ANTIFA, the radical anarchist organization responsible for most of the rioting and violence we have recently witnessed across the nation, Biden refused to do so, which as I have strongly written about in my blog articles and recently discussed in depth on my cable television show “The Connie Bryan Show”, that is going to be what ends up backfiring the most on Biden and the Democratic Party in November.

That is going to be the main reason Trump gets re-elected, if Biden doesn’t change course IMMEDIATELY, and AGGRESSIVELY start calling out all of that violence from the idiots who have been engaging in it on the far Left.

But not only did Biden miss such a critical opportunity to call out such violence largely committed by supporters of ANTIFA, he actually tried to say that ANTIFA is only a concept or ideology, and not an actual group or organization, which is an ABSURD LIE.

We are now finding out a lot of information regarding sources of FUNDING for ANTIFA, and those sources of funding are being found to also be involved in funding the founder of “Black Lives Matter”.

This is very bad, because such anarchist rioting and violence only pollutes and drastically undermines the Black Lives Matter message…A critical message of the dire need for EQUAL JUSTICE and reasonable law enforcement REFORM by the citizens in every community across our nation.

Such violent undermining of that message is a shame.

In closing, let me say that the next two debates need to have the candidates’ microphones under strict control from the moderator.

Within reason, shortly after their allotted time to respond is up, their mic needs to be TURNED OFF until it is their turn again.

Oh, and one other thing…The moderator needs to be given permission and free reign to tell Trump to SHUT THE F#%! UP as many times as he or she needs to, after Trump’s first ‘circus act performance’ last night. 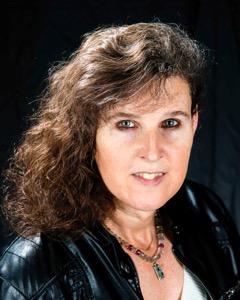 (Connie Bryan is a writer in Sacramento, CA…She is also the host and producer of “The Connie Bryan Show”, her monthly cable TV show that airs in 14 cable markets nationwide including Washington D.C. Check out all of her material on her website and blog at https://www.conniebryan.com/)