In doing so, they are behaving like weak minded sheep in misplaced panic and fear, not questioning the GROSSLY UNREASONABLE BASIS on which they are being told by these GLOBAL CORPORATE ELITES LIKE BILL GATES, and by UNELECTED government medical bureaucrats, telling them that all Americans must lose those civil liberties!

The CDC has maintained all along that the VAST MAJORITY of those who catch this ‘virus’ will not only be just fine with very mild symptoms, but that most of us will NOT EVEN KNOW WE HAD IT. The CDC told us from the beginning that those who are at risk are the same as those who are always at risk to the FLU VIRUS!

But the media controlled by Big Tech and Big Pharma, and these corrupt Global corporate elites, has maintained a shameful false ‘PANIC-DEMIC’ narrative all year long, falsely making many Americans believe that this is a ‘killer bug’ like the Bubonic Plague, and that if you catch it you will most likely be hospitalized and often will die. THAT IS A WELL KNOWN LIE.

It is so well known of a monumental, shameful lie, that THANK GOD we now have over FIFTEEN THOUSAND leading M.D.s, epidemiologists and virologists worldwide who have signed on to “THE GREAT BARRINGTON DECLARATION” from our nation’s top doctors at our nation’s top universities including HARVARD, OXFORD and STANFORD, who have put all of this in writing…detailing how all that was needed was to put an emphasis on protecting the vulnerable in those ‘at risk’ groups, and detailing the shame of how our children have been so needlessly traumatized , emotionally and psychologically, and calling for a RETURN TO NORMAL NOW, and returning children to their CLASSROOMS NOW!

This so-called virus is NOT A THREAT TO THE VAST MAJORITY OF AMERICANS…YOU DON’T SHUT DOWN THE COUNTRY, KEEP CHILDREN OUT OF SCHOOL WHEN THEY ARE NOT AT RISK, FORCE THE ENTIRE POPULATION TO WEAR MASKS AND RESTRICT THEIR OXYGEN WHICH LOWERS THEIR IMMUNE SYSTEM, YOU DON’T SHUT DOWN EVERYONE’S BUSINESS AND CENSOR THEIR FREE SPEECH IF THEY SPEAK OUT, YOU DON’T SURVEIL THEM WITH TRACK AND TRACE OF THEIR EVERY MOVE AND PLAN MANDATORY VACCINES over something that the vast majority of us will not even know we had it if we get it, just as the CDC has always said!

You do that kind of authoritarian dictatorship B.S. in a COMMUNIST NATION like CHINA, not in a FREE REPUBLIC! And that is why this is an existential threat to our nation like we have never seen in our lifetime, at least since the rise of Hitler and that global NAZI threat that led to World War 2.

I write the above as a patriotic traditional Liberal Democrat. Many other patriotic Democrats like myself will not tolerate this existential threat to our constitution and “The American Dream” coming from this radical, unAmerican Marxist/Globalist takeover of the Democratic party.

It’s time for ALL AMERICANS OF ALL POLITICAL PARTIES to get off the couch, get out in your local communities and SAY NO TO THESE UNCONSTITUTIONAL MARSHAL LAW TYPE MANDATES over an alleged ‘virus’ that the CDC has told us all along that the overwhelming majority of us who catch it WILL NOT EVEN KNOW WE HAD IT!

This IS going to stop, and the way we stop it is rising up and taking our rightful control back as ‘WE THE PEOPLE” from these corrupt global corporations trying to change it to ‘WE THE CORPORATIONS’.

We stop all of this insanity and unconstitutional attacks on our precious civil liberties when we RISE UP TOGETHER AND COLLECTIVELY SAY NO!!

JOIN ME AND MILLIONS OF OTHERS NOW IN DOING SO!! 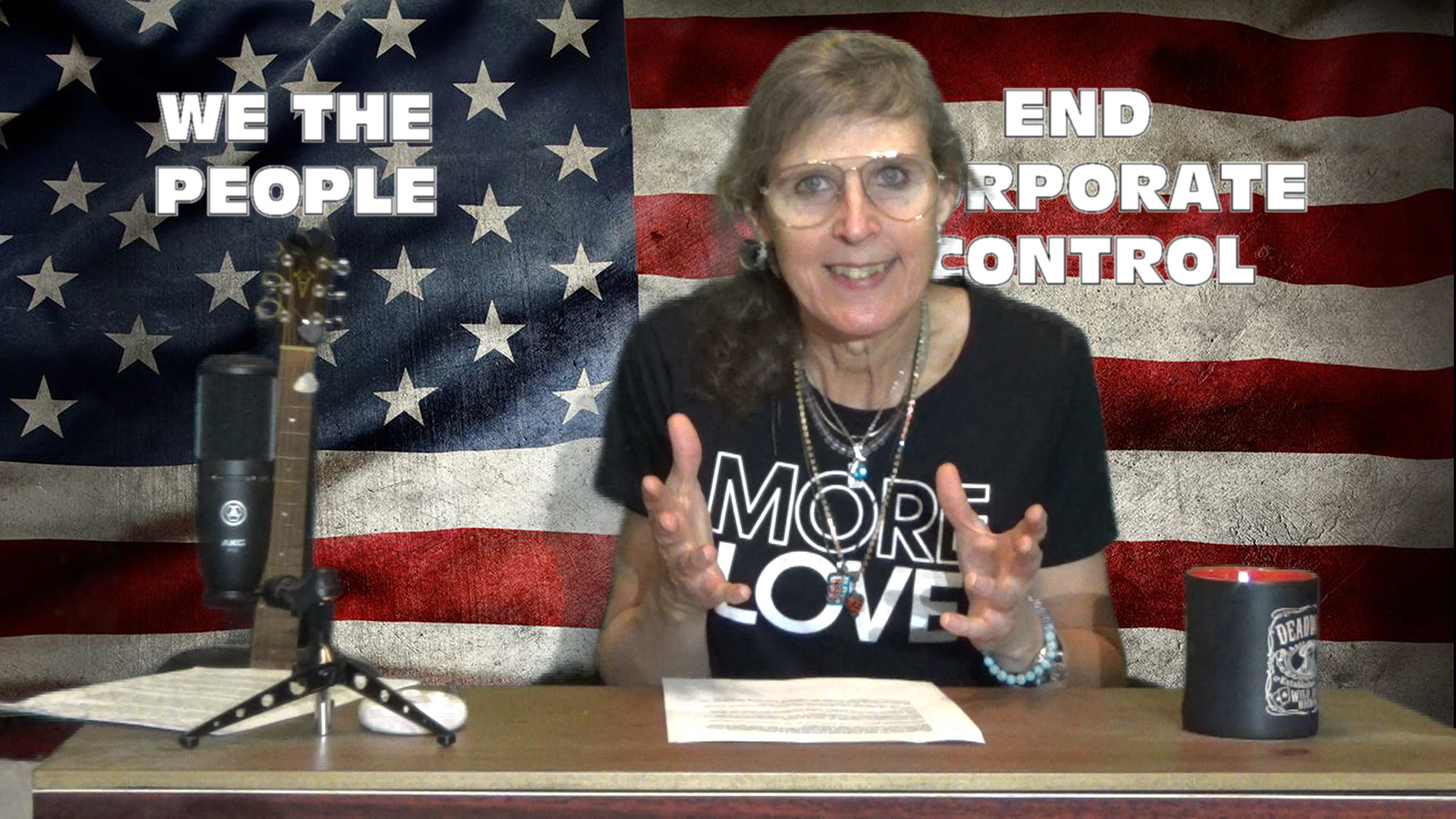 (Connie Bryan is a writer in Sacramento…She is also the producer and host of “The Connie Bryan Show”. Check out all of her material on her blog and website at conniebryan.com, and consider becoming a patron/sponsor of the show here at Patreon.com/conniebryan)