This article details the direct evidence of the FDA’s admitted foreknowledge of SERIOUS Covid19 MRNA vaccination side effects, from their own internal agency report in October 2020…

Many of you, if not most of you, remain entirely uninformed regarding the dangerous nature of this new ‘MRNA’ vaccine technology that has never been used on humans until now.

Furthermore, many of you, if not most of you, remain entirely uninformed that the FDA even approved Big Pharma to not only SKIP CRITICAL ANIMAL TRIALS, and go directly to humans (where some deaths have ALREADY occurred), but also as I have written about and reported abput previously on my show ‘The Connie Bryan Show’, they have given Big Pharma COMPLETE AND TOTAL IMMUNITY FROM ALL LIABILITY for harm caused to humans with these new vaccines they have ‘fast tracked’ at ‘WARP SPEED’…

That is of course beyond insane and unethical, yet many of you are foolishly trusting the mainstream media to ‘inform’ you of any potential danger, WHICH THEY HAVE DELIBERATELY WITHHELD from you, as they are OWNED by Big Pharma and their global corporate partners, who own the FDA and our elected government representatives who are nothing but their dutiful ‘puppets’.
So I am going to inform you now, as I always try to do, and I am going to do so from the FDA’s OWN RECENT ADMISSION of the serious potential harm of these Covid19 vaccines, including death, auto-immune disease, heart attack, and much more as you will see in their long list of known potential harm for those who take it.

But MOST people don’t read anything more than a ‘tweet’ from Kanye West or Kamala Harris, and the powers that be know this, so they figure you will remain uninformed…That’s why they are trying so hard right now to censor those of us who are dedicated to truly informing you of the facts…

According to Google, CBER is the center within FDA that regulates biological products for human use under applicable federal laws, including the Public Health Service Act and the Federal Food, Drug and Cosmetic Act

On slide 3 of their Oct 22nd, 2020 report detailing their vaccine ‘passive surveillance’ system, they refer to the acronym ‘VAERS’ which stands for ‘Vaccine Adverse Event Reporting System’

On slide 16 you finally get the known serious potential side effects, buried in the middle of the list is ‘DEATHS’, next to ‘auto immune disease’, and with ‘acute myocardial infarction’ (HEART ATTACK) also near it buried in the middle… The list is not in alphabetical order, so it is ‘odd’ that the MOST SERIOUS known possible side effect of ‘DEATH’ and ‘HEART ATTACK’ would not be at the top of the list:

This is a deeply nefarious attack on not just Americans, but on humanity WORLD WIDE, by sick, corrupt global elitists seeking to use Big Pharma and fearmongering propaganda in the media as their primary tools to achieve domination and complete corporate control over every nation.

“How does this so-called novel ‘virus’ reasonably translate to ANY KIND of need for you to place not only yourself, but your CHILDREN at risk of such ‘KNOWN ADVERSE EFFECTS’ with these dangerous vaccines, when we have known ALL ALONG FROM THE CDC and the World Health Organization’s OWN REPORTS that it is NOT a lethal threat to the VAST MAJORITY of the population – only a narrow ‘at risk’ group?”

The answer of course is obvious…IT DOES NOT TRANSLATE TO ANY SUCH NEED! That is COMMON SENSE. But so many have been led so astray as weak minded sheep by the non-stop fearmongering in the mainstream media OWNED by these corrupt global corporate elites, that the fear has COMPROMISED THEIR “COMMON SENSE IMMUNE SYSTEM!”

This requires a REVOLUTION from the majority of ‘WE THE PEOPLE’ who are now AWAKE, to save not only our nation, but ALL of mankind from this TREASONOUSLY CORRUPT, INHUMANE EXISTENTIAL THREAT! 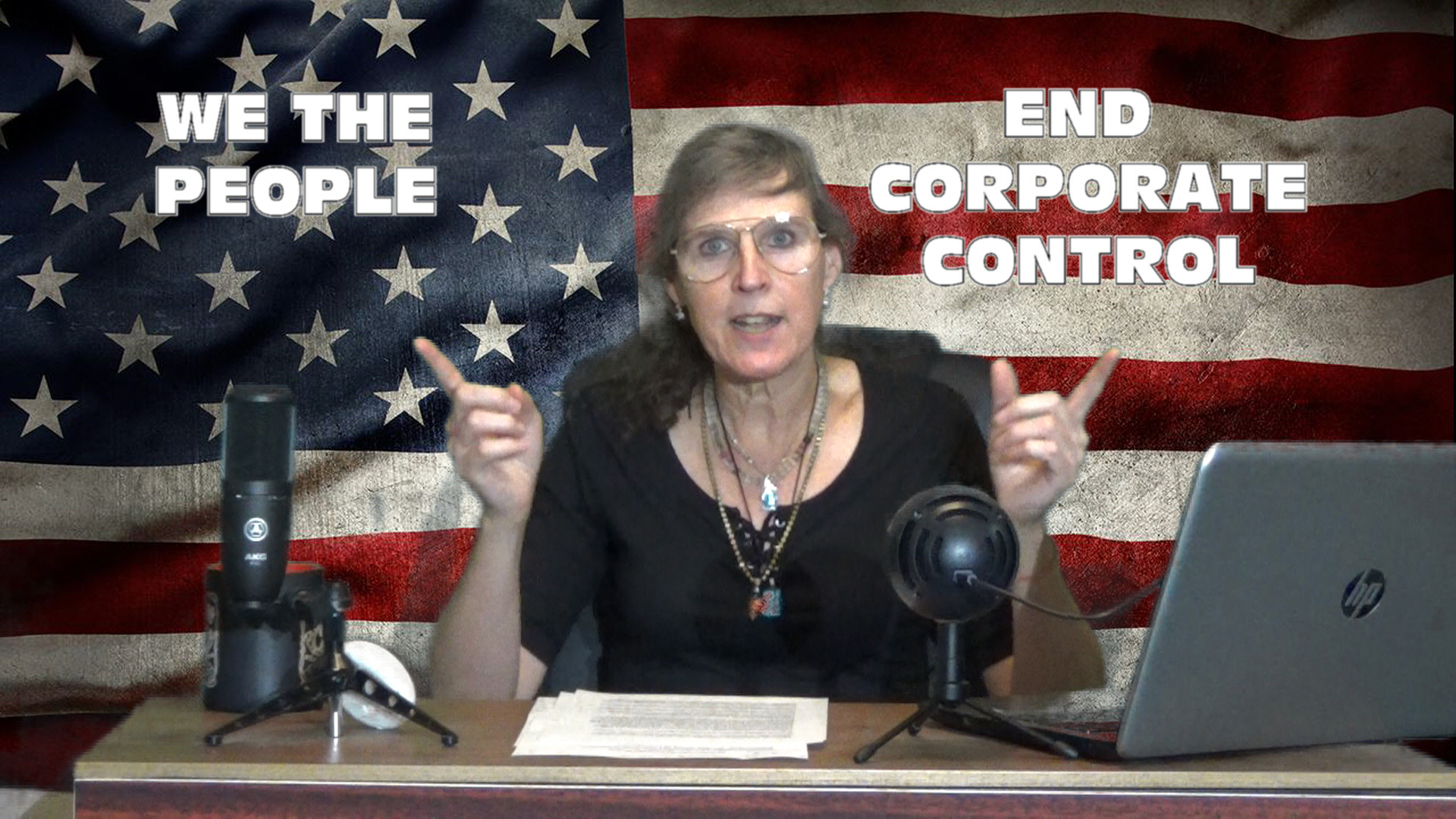 (Connie Bryan is a writer in Sacramento, CA…She is a veteran of the Armed Forces/ Security Police/US Air Force, and is the producer and host of ‘The Connie Bryan Show’ now airing in 16 cable markets nationwide including Wash D.C. Check out all of her material on her blog and website at conniebryan.com, and follow her on parler.com/TheConnieBryanShow.)